This year the Federation has decided to change the regulations in order to make mandatory for each team to let drive rookies in at least two free practice sessions during the F1 season. The FIA has also better defined the concept of “rookie“: a driver who has not attended more than two Grands Prix in his career and has enough points on their super license.
But let’s have a look on who we are going to see racing this Friday in FP1!

Shwartzman grew up in the Ferrari Driver Academy and was their Test Driver this season. Until last year he was racing under the Russian flag, something that this season would not have been possible. Problem solved thanks to his double passport: the young Robert is in fact also an Israeli citizen being born in Tel Aviv and spent the first three years of his life living in Israel. For him it will be his absolute debut in F1, and gets his first run of the F1-75.

The 2021 Indycar champion will take part in FP1 at the United States Grand Prix, taking over Daniel Ricciardo’s car for the 60-minute session at Circuit of The Americas. Both him and Pato O’ward ( who will take the MCL36 of Lando Norris next week) have already tested back in Barcellona and Austria and totally impressed Andreas Siedl.

The spanish champion is already confirmed to drive for Ganassi next year not being able to move to Arrow McLaren SP as he wanted.

“Alex and Pato impressed with their recent tests in Barcelona and Austria and we’re excited to offer them the experience in the MCL36. It’s a great chance for them to showcase their skills on Formula 1’s global stage, where the focus will be to help the team prepare for the race weekend and not on ultimate lap times.”

The French driver will make his Formula 1 practice debut at the United States Grand Prix standing in for Valterri Bottas. After a successful first private test at the Hungaroring last August, Alfa Romeo also announced he would be their reserve driver for 2023 F1 Championship replacing Robert Kubica.

He was supposed to debut in F1 for his home GP at Paul Ricard but the cancellation of the Russian Grand Prix forced the FIA to reschedule those two races in France. So the Vasseur decided to postpone his debut having such a close F2 event.

Logan Sargeant joins Williams on track for the first time this year having previously driven the FW43 at last year’s post-season test. He will drive Nicholas Latifi’s car in FP1 and will complete the usual engineering programme on that car for his own home GP.

The american is currently third in the Formula 2 standings, he needs to finish in the top five in the category to snatch the Superlicense and at that point open the door wide for a seat in Williams: in fact, according to various sources, he is the favorite to run next year alongside Alexander Albon.

To be making my FP1 debut at COTA in my home country is special moment for me. I’d like to thank Williams and Dorilton Motor Sports for this opportunity and the support they’ve given me since I joined the Academy this time last year in Austin.

Thrilled to know what these young drivers will achieve, tune in at 9 p.m. for FP1 live from COTA! 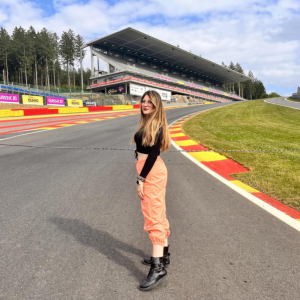