Jisbar and the painted single-seater

Art and Formula 1 meet up more often than we could imagine. Speed and graphics come together in one of the most successful single-seaters in history.

Everything starts in MotorValley, in Imola once again, where a French artist met a man from Bologna, both passionate about F1. Let’s talk about Jisbar and Matteo Macchiavelli.

They are two different personalities united by their passion for art and Motorsport. Jisbar, a French artist born in 1989, is a leading figure in the pop-street art movement. Despite his young age, he already has a well-known international reputation, and a curious thing about him is that he is the first artist to have launched a work of art into space. Matteo Macchiavelli, bolognese by birth but citizen of the world, started out with a degree in Economics and founded his own company in the States. Also, since he took part in the Italian GT Championship, we could say that Motorsport is in his DNA. Among Matteo’s many passions, there is always a common aspect: the desire to create something. In fact, he founded the Speed Art Gallery, thus becoming a forerunner of the so-called ‘Race Art‘

How was this idea born?

Macchiavelli, whose idol has always been Ayrton Senna, said: “I spent my childhood following the races and the “magic” of my hero. I was inspired by Senna’s lifestyle and his teachings. Thanks to my family friend Angelo Orsi, I’ve taken many pictures with him, which are now part of my memory book. The idea for this project came about thanks to the alignment of different events, emotional stories. The goal was to pay an homage to Ayrton Senna, the man and the champion. Making him eternal in a connection between history and contemporaneity”.

Not only thanks to him, but also thanks to other people, the idea of Ayrton Senna’s F1 car was born. Following a lunch meeting, Gianluca Tramonti, a collector of Formula 1 and historical motorsport pieces, donated the F1 car that, thanks to Jisbar, became the single-seater we all know, to the project.

The livery is divided into three parts, recalling the Lotus, Williams and McLaren cars Senna raced with in his most iconic years in F1. On the left side you can see the work of French street artist, Jisbar, who was inspired by Ayrton’s life and career. The main element is the helmet where one can glimpse the Brazilian’s melancholic gaze surrounded by some words and various trophies.

The single-seater with the title “Senna Now” aimed at commemorating, once again, the greatness of this driver.

Where can we see this amazing single-seater?

The single-seater has travelled around the world, without ever setting foot on a track. It started at Imola, twenty-eight years after Senna’s accident, passing through the historic Biennale of Art in Venice and ending up in Miami where it was exhibited at Art Basel Miami. The single-seater made by Jisbar, will then be auctioned off and the sum raised will be donated to charitable initiatives, including a donation to the Senna Foundation.

Because as Ayrton Senna himself used to say: “Just when I think I’ve gone as far as I can go, I discover that I can go even further” and who knows if it will be the same for this surprising pair that is Art & F1. 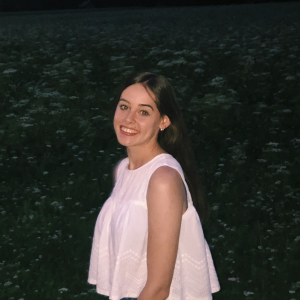